June 02 14:13:43, 2020
Wireless fidelity (foreign language abbreviation: WIFI, foreign language full name: WILREless FIdelity), is the most widely used wireless network transmission technology. Actually, it converts wired network signals into wireless signals, which are used by related computers, mobile phones, and PDAs that support their technology. If there is a WIFI function on the mobile phone, when there is a WIFI wireless signal, it will not be able to access the Internet through China Unicom's network, eliminating the traffic charges. However, the WIFI signal is also provided by the cable network, such as the home ADSL ah, residential broadband ah like, as long as a wireless router, you can convert the cable signal into a WIFI signal. The cities of many developed countries abroad are covered with WIFI signals provided by the government or large companies for residents to use. China's current technology has not been promoted. 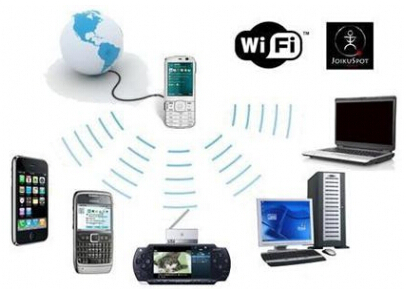 Wireless LAN, also known as WLAN (Wireless LAN), has become a networking mode adopted by more and more users. Wireless network installation is very convenient and does not require rewiring. Therefore, it will not damage the original home decoration. Compared with wired networks, wireless networks are much more flexible.

Knowing why the transmission speed is slow, we can focus on solving this problem. First of all, in the layout we have to grasp, the wireless router and the computer equipped with a wireless network card is best to be able to communicate, try to avoid the wall barrier between them, especially the bearing wall (reinforced concrete wall). We know that in order to reduce the radiation to the human body, the power of the wireless router is generally not very large, so the capacity is affected by the nearby electronic equipment in the process of use. Therefore, when setting the position of the wireless router, we must remember to keep away from the microwave oven. , refrigerators and other home appliances.

The matching between wireless routers and network cards is also an important factor in improving the speed of wireless data transmission. We know that there are many standards such as 802.11G, G+, N, and B in the wireless transmission standards on the market. For example, the routers we use are The 108Mbps 802.11G+ standard, but the wireless network card uses the 11Mbps (802.11b) standard, so its actual speed must not reach 108Mbps, then we need to upgrade the network card to achieve the best compatibility. When purchasing related products, we must choose the same standard wireless routers and network cards, so as to minimize the occurrence of compatibility problems.