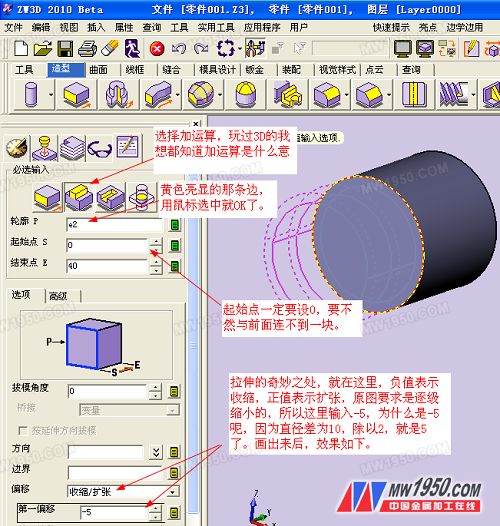 The effect of this step is as shown in the following figure: 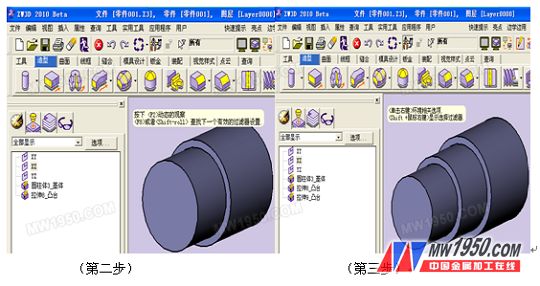 In the third step, the same method is used to achieve the effect shown in the above figure.

In the fourth step, in order to verify whether the three cylinders have achieved the linkage we requested, we will change the diameter of the cylinder that the most Mr. is made to 60. If the linkage is successful, the other two will automatically reduce the diameter. The appearance of the product remains unchanged, maintaining the three-axis. If the linkage is unsuccessful, the final result is the third-order axis to the secondary axis (because the previous size is 70-60-50, if the first one is changed to 60, and there is no size linkage, then it is 60-60-50 , a secondary axis). Try it first. Change to 60 to see the effect.

After the change, the effect is as follows: 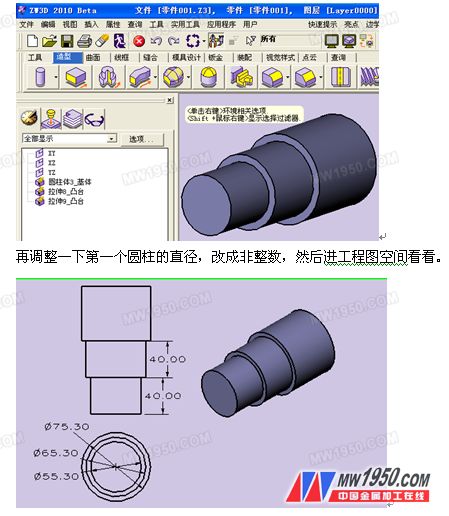 Here, the effect of entity linkage is fully realized. Careful to discover, there are many functional points in the 3D, will greatly help in improving design efficiency.